It’s been nine years since the successful Desperate Housewives series ended. So what happened to Gabrielle, Lynette, Bree and Susan’s children?

Whether it is Juanita, Julie or Andrew, we have all followed their evolution within the series. It seems that today they have all taken different paths. Go below to find out more.

Gabrielle and Carlos’ rowdy little girl has changed a lot. She has grown into a pretty nineteen-year-old young woman. However, the latter did not end his career. You have seen her in the Bad Teacher series or in the last clip of singer Demi Lovato.

After the end of Desperate Housewives Andrea Bowen devoted herself entirely to her career as an actress. She notably played in the Ghost Whisperer series or in the FBI missing.

Since the end of the series which revealed it to the public, Shawn Pyfrom has been very discreet. You could still see it in the cinema in the movie Model Citizen in 2020 or in the movie Hellbent in 2018.

Joy Jorgensen ended her acting career at the end of Desperate Housewives to devote herself fully to her studies. This is how she obtained her degree in American history at Columbia University. She then went into directing and produced two short films.

At the end of the series, the young boy continued his acting career. He notably starred in the hit series Mad Men. Now eighteen years old, Mason Vale Cotton seems to want to try his luck in the cinema. He got several small roles in the films Scales, Mad Families and Russel Madness.

This Balagot just made his transgender coming out on Instagram. After the end of the series, he continued his career as an actor and since 2020 has been playing in the series The envoys from elsewhere.

Since the end of the series, the young girl seems to have left her acting career aside. If you could have seen it in the Shameless series in 2014, it has since completely disappeared from the screens.

Parker Scavo was first played by Zane Huett who did not continue his career after the series ended. Joshua L. Moore who took over the role from season 5 had the same fate and no longer played after the end of Desperate Housewives.

If Kendall Applegate ended her career after the series, Darcy Rose Byrnes continued. She notably starred in the film A Thousand Words and then decided to get into dubbing. 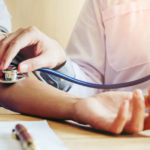 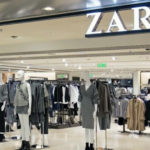