The Daily Mail shares the opinion of a grandmother who wants to be paid for the care of her grandson. An opinion that does not fail to make Internet users react, outraged by these words and this particular request.

The famous British press site Daily Mail recently shared with readers an opinion which caused controversy on the web, a grandmother asking her daughter 12 euros per hour of care for her one-year-old grandson. A remuneration deemed “inappropriate” by readers shocked by this unusual behavior.

Many Internet users qualify her as a “insensitive” grandmother and are indignant at this special requirement of the grandmother. In addition, she categorically refuses to keep the child without pay and refers to a schedule already loaded by her professional activity.

A demanding job for the grandmother

The grandmother said to be “greedy” by several Internet users defends herself by evoking her work “My daughter asks me to babysit my grandson two to three days a week while I have my job! “. She therefore asks her daughter 15 dollars per hour of care, or about 12.38 euros.

For her, her work “deserves a salary” and the care of the child would take too long for her not to be paid. His daughter, who would have found a compromise, would have offered him 8 euros an hour, but his mother would have refused, feeling “diminished”.

If the grandmother is so obstinate about being paid by the hour, it is because taking care of her one-year-old grandson would mean that she is not doing her job, that she is working on the job. House. An Internet user exposes his opinion and replies “At this price, she must justify training for early childhood and certificates of care and first aid to children”.

Grandmother with her grandson

Internet users all have the same opinion, demanding remuneration for the care of a child of his family is not acceptable. The grandmother defends herself “I am not a daycare center. “, Enough to revive the debate on the internet. 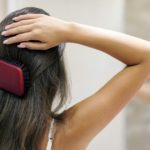 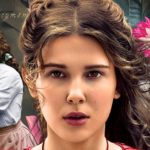