More than five years after his departure, David Bowie is still in the news. The English artist has been the most purchased during the 21st century in the vinyl category, according to Music Week reports.

According to the report, which collects data from the top 10,000 vinyl sellers of 2021, Bowie ranked third last year with 53,181 copies sold, just behind the Fab Four (58,567) and Taylor Swift (56,917). . In addition, it was indicated that “Toy”, an album released on January 7 – one day before what would have been Bowie’s 75th birthday – was the best-selling of the week in physical formats with a significant volume of compact discs.

David Bowie passed away on January 11, 2016, surrounded by his family, after a brave 18-month battle against cancer, according to El Mundo de España published on that date.

David Bowie, also known as Ziggy Stardust, Aladdin Sane, Tao Jones, Halloween Jack, John Merrick and Think White Duke, was actually called David Jones, and was born in Brixton, South London, in 1947, in a quite humble family. : His father, Heywood Jones, worked for a charity focused on children, Barnado’s, while his mother, Margaret Mary Jones, was a waitress, according to the El Mundo review. 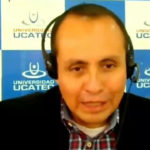 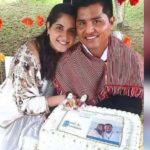