Quickly discover everything we already know about season 4 of the famous Sex Education series from the Netflix streaming platform!

Here is a news that should delight fans of the series, Sex Education will soon be back on Netflix for a fourth unseen season, just like the series Virgin River. To find out more about the next episodes of the show, go quickly below.

Sex Education, one of the most popular Netflix series

Sex Education is a TV series broadcast on the Netflix streaming platform for three years now. The series currently has three first seasons that you can already watch if you haven’t already. In this humorous yet touching series, you’ll meet a bunch of teenagers studying at Moordale High School. The latter will experience their first romantic relationships but also their first tragedies.

Among them is Ottis, a young man who despite his lack of experience in the field of love, turns out to be a real well of knowledge on the subject. Indeed, her mother works as a sex therapist and is known throughout the country.

Ottis is going to meet Maeve, a very pretty high school student. The latter will succeed in convincing Ottis to set up a kind of romantic consultancy firm in high school. The young man will then become the coach in love with all of his comrades.

You will also meet Aimee, a funny and naive young woman, who is Maeve’s best friend. You will also meet Erick, Ottis’ best friend as well as Lily, Ola and Adam. If you’ve completed the first three seasons of the show, you must be impatient to find out what awaits your favorite characters in the sequel to the series. Head over below to learn more about the upcoming season.

The series is renewed for a fourth season

The Netflix streaming platform has just announced some great news that should please fans of the series. Indeed, the latter has just revealed that the show would indeed be renewed for a fourth season. Excellent news that comes just after the release of the third season on the platform.

At the moment, we don’t have much information yet on the plot of these upcoming episodes. However, we still have a few tips to share with you.

So, in this fourth season, we should find all your favorite characters. The character of Ottis will be present just like that of Maeve, that of Erick or that of Aimee. If things seem to be over between Erick and Adam, it could be that Adam quickly finds love.

Indeed, the latter seems to gradually approach Rahim, the ex of Erick! As for Ottis and Maeve, they are going to have to start a long distance relationship. In view of the enthusiasm of the fans for the couple Ottis and Ruby, maybe he will be back during this fourth season?

The last scene of season 3 foreshadows a decision with serious consequences for Ottis’ mother. Indeed, the latter received the paternity test for her baby and it seems that the father is not the one she expected. For more information, don’t miss the broadcast of the fourth season of Sex Education.

For the moment, the streaming platform Netflix has not yet commented on the release date of the fourth season of the series. You will therefore have to be patient before you can find your favorite series. We can still estimate that the show could be back sometime in 2022 on Netflix. Presumably after summer vacation.

So you still have a few months to wait! To be patient, don’t miss the release of the third season of You very soon on Netflix. Don’t hesitate to watch the crazy trailer for this new season! 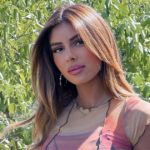 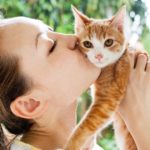