Maxine Koh-Lanta has been in the spotlight since her victory on the front page show. Discover his confessions on his adventure!

Maxine: the big winner of “Koh-Lanta, the Secret Weapons”, it is her. Always smiling and with a very communicative joie de vivre, she amazed us during the adventure. This sports journalist, former member of the Red Tribe, looks back on his journey and his 35-day adventure in French Polynesia.

My biggest victory is my friendship with Laure de Koh-Lanta

Behind her sporty and smiling attitude hides above all a great friend. Impossible to ignore his relationship with Laure. Very close since day 1, the two young women always pushing each other. Moreover, this victory on the posts, Maxine owes it to Laure. “I was not allowed to lose, if only because I had promised Laure to win. I owed him this victory, ”she confided in a recent interview.

The duo also showed intelligence and strategy. And Maxine does not regret anything! Even if their schemes have often attracted viewers’ thunderbolts, she is convinced that “These are the decisions that took them so far in the adventure”. And their method has also paid off since one of this shocking duo ended up winning the ultimate victory.

Even today, Maxine and Laure have remained very united. During the prime-time, the big winner of Koh-Lanta 2021 admits that “His greatest victory remains his friendship with Laure”, who is now like a sister. Unfortunately, this great friendship is also the source of several tensions with “victims” who have retained a bitter taste of this betrayal.

An unexpected victory for gymnast Maxine

“I would never have believed it” she said smiling. Despite a great sports career in gymnastics and diving, Maxine did not think she would go so far in the adventure. From the moment she arrived on the island, her goal was simple: not to be eliminated first. Successful challenge with a bonus, victory.

With the appearance of “secret weapons”, victory was far from predictable. Even the best players can be knocked out at any time. And that was exactly Maxine Koh-Lanta’s main fear. From reunification, the sports journalist only thought of only one thing: “to have fun”. And despite this casual attitude, she managed to surpass herself to achieve the success she hoped for at the beginning of the adventure.

And yet, she stood out against the other candidates. Especially during the pole test. Jonathan is the first to have failed in the exercise. A few minutes later, it’s Lucie who lets go. Maxine, she holds 2 hours and 8 minutes. An impressive performance which gave him the great victory of this legendary event.

Although fate played an important role, Maxine from Koh-Lanta 2021 admits that her previous experiences have been a real boost. “My past as a gymnast has helped me a lot. In acrobatic gymnastics, we are used to mastering our balance, ”she also mentioned during her interview.

The after-adventure for Maxine from Koh-Lanta

The adventure organized by TF1 completely changed the course of Maxine Koh-Lanta’s life. Having abandoned the Olympic Games in 2016 following a burnout, this show has given her back her self-confidence. A consecration that pushes her to work even more. The companion of Benjamin Bonzi (professional tennis player), continues to present her sports broadcasts and promises her fans many sports concepts.

And for the 100,000 euros? Maxine Koh-Lanta counts to benefit all his family, as well as Laure. Indeed, she plans to take him to discover the world and climb Etna. She is also open to a future all-star, even if she knows deep down that no adventure will equal “Koh-Lanta, the Secret Weapons”.

In any case, it is a very beautiful experience that Maxine Koh-Lanta was able to live through the program of the One. So she can only wish for another such discovery to always move forward. And we wish him all the success in the world following this victory in the TF1 adventure! 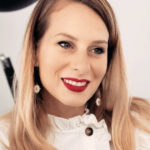 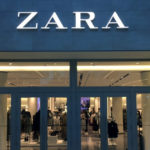