Currently, the Family Business series continues to impress the public, it is one of the most popular Netflix series by series fans. It has already been very successful since the first season in June 2019.

Just five months after the release of season 2 of the Family Business series, the Netflix streaming platform has already prepared for season 3 and Netflix has already published some photos from the shoot!

Family Business season 3, the general public will welcome it with great enthusiasm

The “Family Business” series has become the real darling of series fans. Indeed, from the launch of the first season, the number of views and subscribers continues to grow. Fans are eager to discover their favorite actors: Gérard Darmon and Jonathan Cohen. Season 2 premiered in September 2020 and it left a lot of suspense.

Funny and moving, the Netflix tv series is marked by the appearance of a surprising character who is played by the beautiful Alexandra Vandernoot. His passage sowed much confusion in the story and also left a sequel rich in twists and turns. However, other intrigues spice up the adventure.

Last October, the streaming platform officially announced that the renewal of the series has been ordered. Netflix is ​​well versed in how to delight its subscribers, so it surprised them by announcing that production and filming of The Hazan Family Adventures has already started. As proof, photos of filming are published on social networks showing that the actors and actresses are in action.

Good news, you can find the faces of your favorite comedians in season three. You can see in the photos the main actors like Liliane Rovère, Julia Piaton, Olivier as well as Olivier Rosemberg. To date, nothing proves that there are new faces in this season.

Family Business followers have always known it will have a sequel, the story can’t end there. So, fasten your seat belts, because the Hazan family’s adventure will be more moving than the previous ones. The situation will become even more complicated, especially for those who are found having to cultivate cannabis.

However, it will obviously be even funnier, humor will not be lacking in this story, that’s for sure! The season can be made up of six episodes like the previous seasons. Considering the great enthusiasm that fans have shown towards this story, it is certain that this renewal is going to receive even more views. While it’s yet to air, fans are just talking on social media.

As of yet, no official release date has been communicated yet, but we’ll find out soon. In the meantime, you can already imagine what will really happen in this famous season 3. 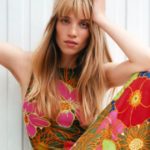 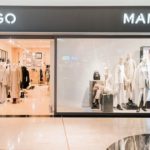