On March 24, Camille Santoro from the program Familles Many, la vie en XXL gave birth to her sixth child.

We therefore expected to see her share with us this new motherhood and especially the weight loss that follows. However, barely two months later, Camille Santoro is already showing her former size.

Camille Santoro has a too perfect family?

Present since the first season of “Large families, life in XXL”, the Santoro family is often criticized for its too “perfect” side. Indeed, the house is always spotless, the children are well brought up, the young mother is always dressed, etc. Viewers feel a bit like the family looks too perfect to be honest.

For the past few weeks, Camille Santoro has also been subjected to numerous criticisms on social networks. Since the first season, Camille has nevertheless affirmed her desire to always be impeccable and at the top even if she is today at the head of a tribe of 6 young children.

Basically, the couple had agreed to have only 3 children. Finally, life decided otherwise. Camille was the middle child and suffered from it. She didn’t want to do this chore on her son Alessio. She therefore started the fourth. Unfortunately, this pregnancy ended in a miscarriage. Finally, the couple will give birth to twins the following year.

However, there was still a problem: Emie automatically became the middle child and above all she was the only girl. The granddaughter often complained about not having a sister. The couple have fallen for their daughter’s dream and have set the sixth child on the road, secretly hoping it will be a girl.

Sweet Emie’s dream came true on March 24. It is on Instagram that Camille wanted to share the arrival of Alba Santoro two months in advance. Camille wanted to share everything with her fans: her childbirth, her maternity leave, the first days with her daughter, the meeting with her brothers and her sister, etc. Every day, she shares with us moments of life from her large family.

This June 2, Camille wanted to address the theme of his resumption of sport. She was therefore displayed in a particularly tight sports outfit. Obviously, the young woman of 29 years had already found the line!

Even if her previous pregnancy is no longer visible, Camille says that she has lost her athletic ability and that the recovery has been particularly trying. As always, Camille wanted to involve her children and in particular little Emie. To regain her abilities, she runs while the little girl follows her by bicycle. It is certain that returning to sport with 6 children must be complicated, yet Camille has nothing to envy others! 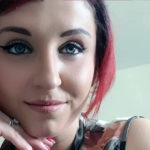 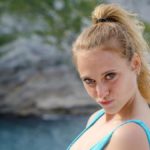